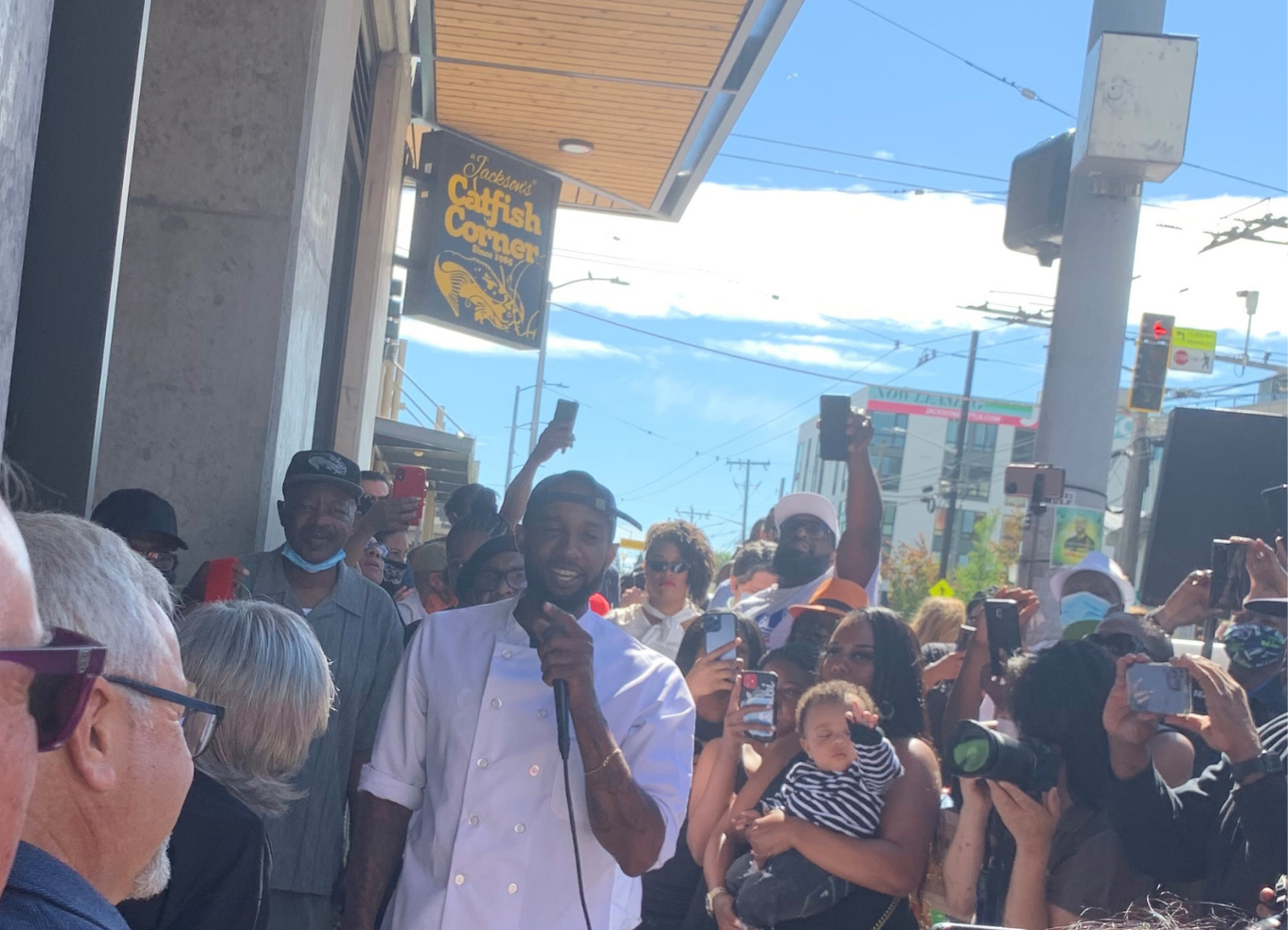 Financing and technical assistance, with support from the Grow with Google Small Business Fund and Google.org Grant Program

Referred by a business development program at Seattle University, Terrell received advisory services from Craft3 for more than a year, including credit-building and connections to grant opportunities and a bookkeeper, until eventually receiving a $100,000 working capital loan. The funds allowed him to open for business in a new, long-term, rent-stabilized home with a 15-year lease, and two options to renew for additional five-year periods. Now Terrell is able to concentrate on cooking, not far from where his grandparents served up catfish and other Southern dishes.

Jackson’s Catfish Corner celebrated its ribbon cutting and return to the Central District on Juneteenth 2021. It was a festive community event attended by local residents and elected officials, and of course featuring catfish and champagne!

“It means everything to me … to be open on Jackson Street and to come back to the Central District where we belong … where we started at,” Terrell said.