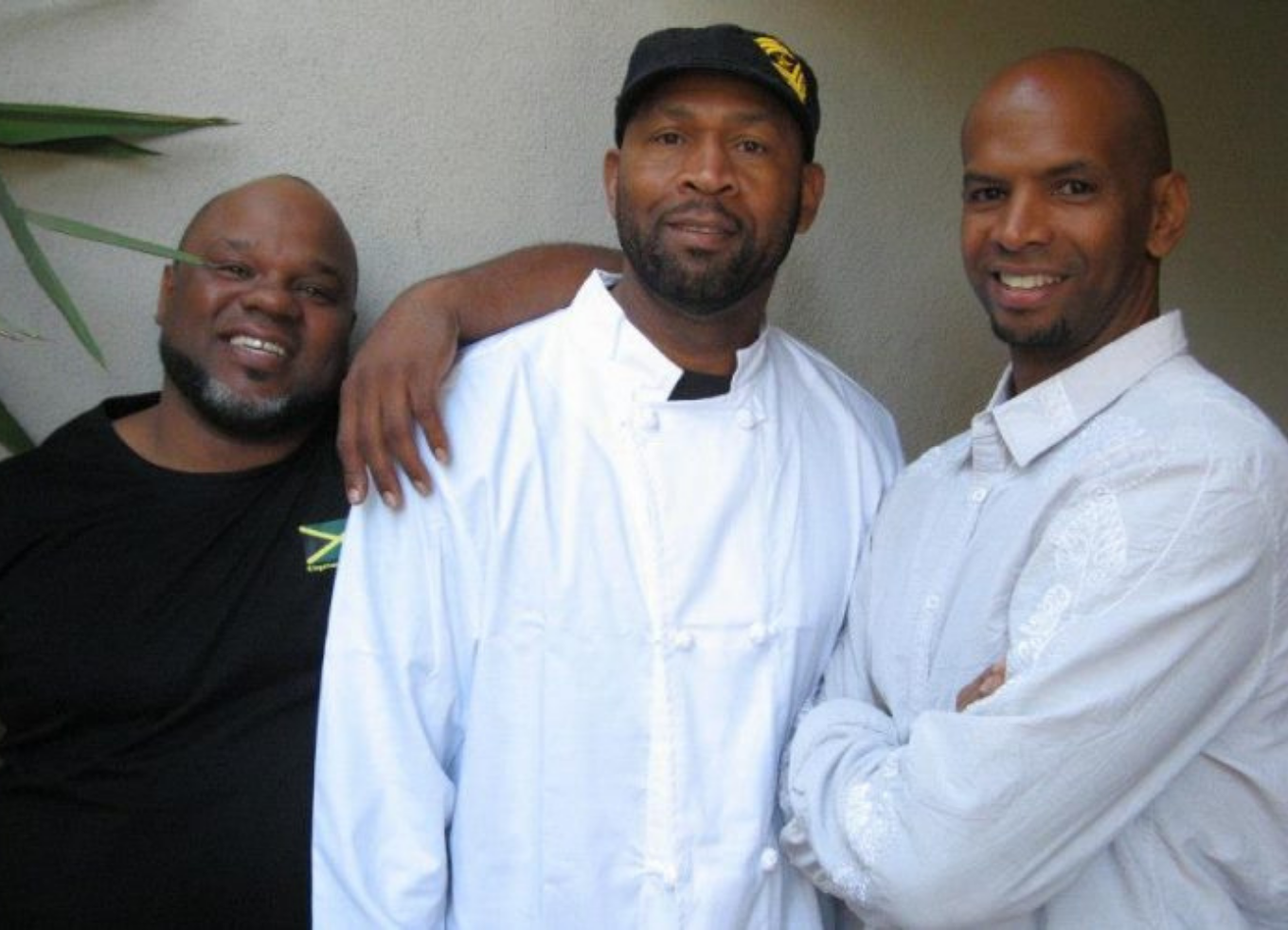 Nigel Jones grew up surrounded by the vibrant tastes and smells of Kingston, Jamaica, where he learned to cook traditional cuisine from his grandmother, “Miss Gwen.” His passion for food grew as he traveled around the world for his job with Levi Strauss, experiencing new cuisines and observing how people socialized around food.

However, it wasn’t until 2009 that Nigel’s passion began to develop into a business model. He and Adrian Henderson created a potluck dinner group, and together, they decided to open a Jamaican-fusion restaurant, which would serve a combination of traditional Jamaican street food and cuisines from other cultures.

To test his product, Nigel approached a friend who owned a café in Berkeley, who allowed he and Adrian to open a “pop-up restaurant” that would be open one night a week inside the café. Soon, the pop-up’s popularity soared, and the partners sought a permanent location as a full-time business. Since they both lived in Oakland, CA, finding a location there was a natural fit.

While Nigel and Adrian had the passion, determination, and culinary skills, they needed help with financing and execution, and traditional lenders wouldn’t provide financing to entrepreneurs who had no formal experience. Friends referred them to Oakland Business Development Corporation, now known as Main Street Launch (MSL), which provided the entrepreneurs with a loan. “We saw Nigel and Adrian’s commitment to their restaurant and the community, and that they understood what it takes to run a business successfully,” said Scott Lewis, Loan Officer at MSL.

With MSL’s help, Nigel and Adrian opened Kingston 11 in November 2013, and have since exceeded sales expectations. They have the only Jamaican restaurant in Oakland, and draw a diverse range of clients seeking Caribbean cuisine. They currently have more than 30 full-time and part-time employees, and recently expanded from just dinner to weekday lunch and Sunday brunch hours.

“We’re thankful that organizations like MSL are around to help folks move their business forward and get the financing necessary to make that happen. They set us up for success,” said Nigel.