On Tuesday, October 22, more than 100 Conference attendees donned their rain gear, grabbed packets of information about CDFIs, and headed across town to participate in An Afternoon on Capitol Hill.

In small groups, they met with their local representatives, as well as offices of House and Senate leadership and the Chairs nd Ranking Members of congressional committees relevant to the CDFI industry

During the sit-downs, representatives from a diverse array of CDFIs — geographically and size-wise — shared information about how and where CDFIs work, the value of CDFI Fund appropriations, and importance of making the New Markets Tax Credit and Community Advantage programs permanent.

In each meeting, we made the case for OFN’s 2019 Policy Priorities, which include urging Senators to approve the House-passed bill of $304 million for the CDFI Fund and a continuation of the CDFI Bond Guarantee program with $500 million in guarantee authority. (See OFN’s full list of our 2019 Policy Priorities here.)

As a group, we covered a lot of ground, meeting with more than 60 offices in just two hours.

After an invigorating afternoon of meetings, OFN hosted the 2019 CDFI Congressional Champion Awards reception, where we were joined by Congressional staffers, more Conference attendees, and CDFI funders, partners, and investors.

The CDFI Congressional Champion Award honors Members of Congress who have demonstrated a commitment to advancing policies that support CDFIs and spur economic growth and job creation in underserved communities across the nation. 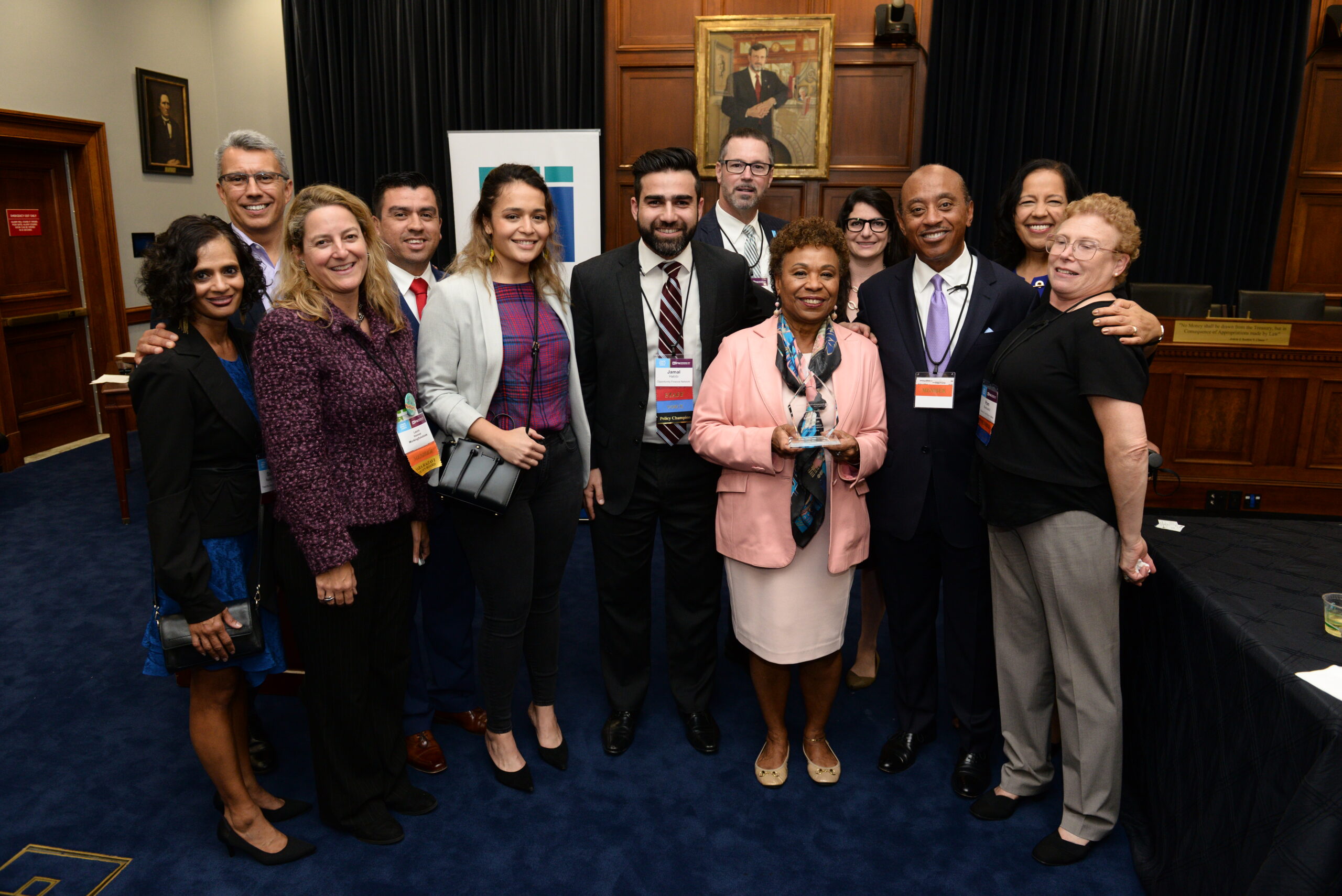 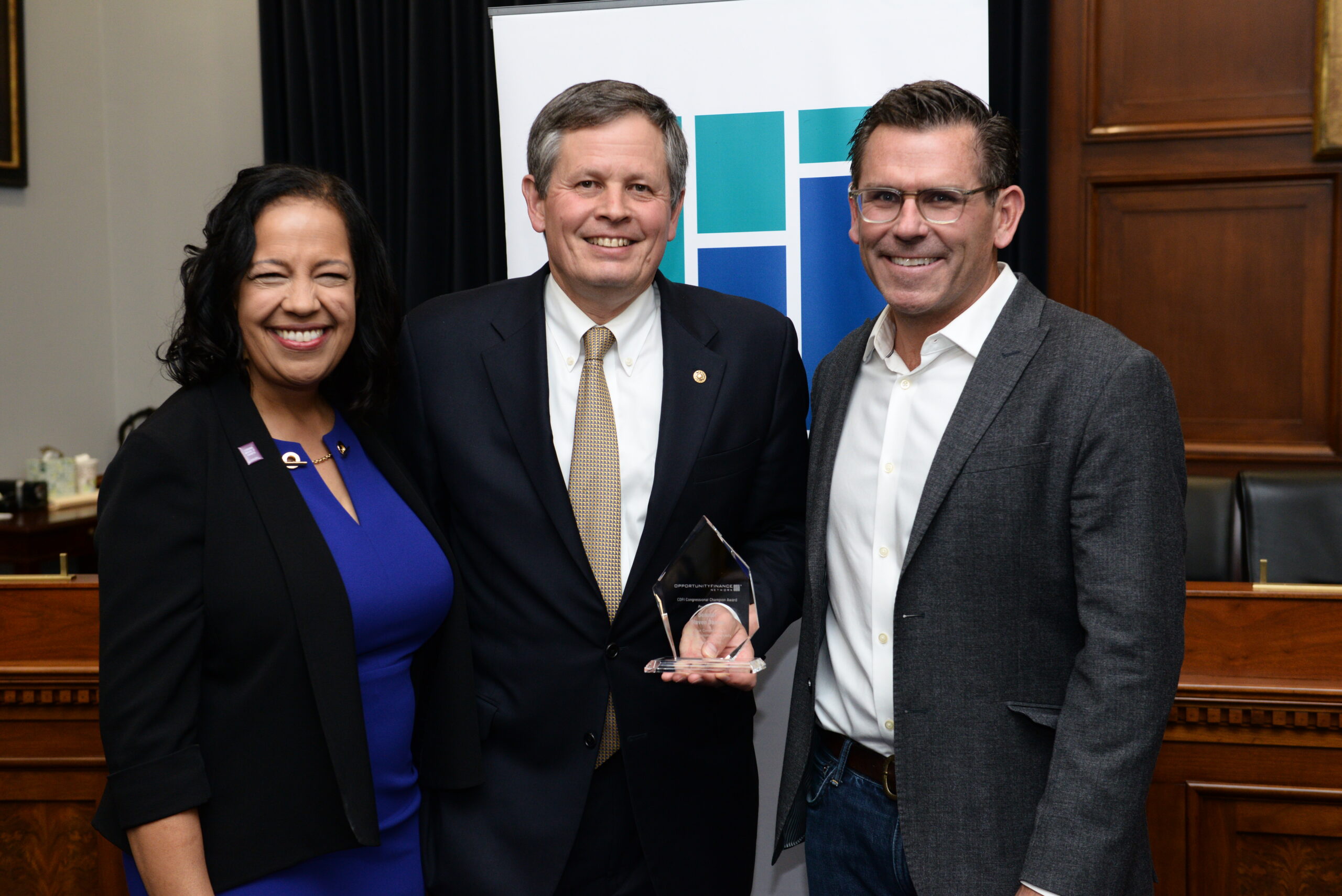 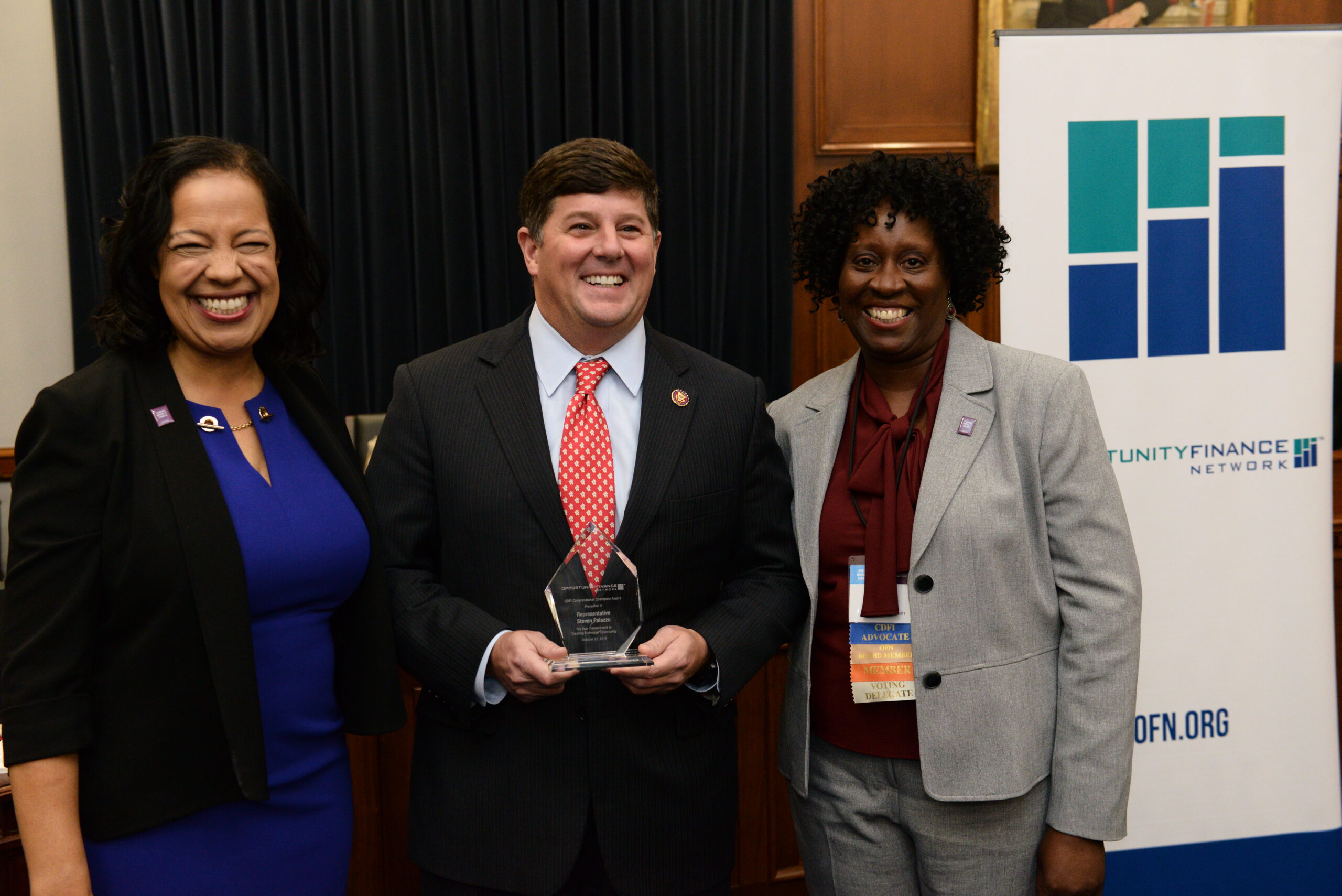 Senator Sherrod Brown (D-OH) also received the Congressional Champion Award in his office prior to the reception. 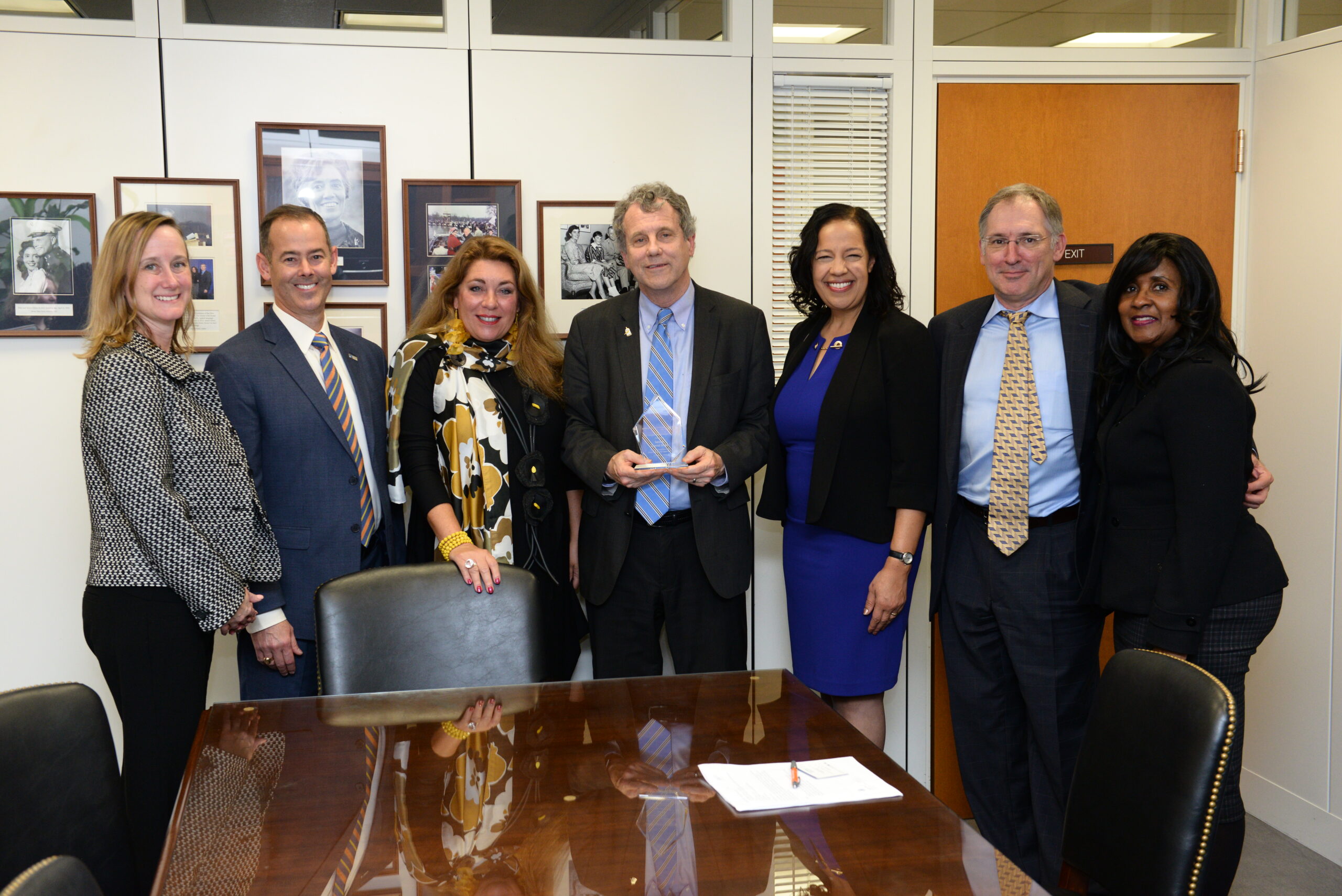 “Creating economic opportunity in rural, urban, and Native communities is truly a bipartisan issue,” said Lisa Mensah, President and CEO of OFN. “These four leaders are strong advocates for CDFIs and the CDFI Fund. As a result, millions of Americans in communities excluded from the financial mainstream now have access to responsible capital and financial services. On behalf of the CDFI industry, I am proud to recognize these policymakers for their efforts.”

We were also delighted that Representative T.J. Cox (D-21-CA) stopped by the reception to speak about his support of CDFIs and community development. The reception was well attended and provided an opportunity for Conference attendees to network with Congressional staff and policymakers. 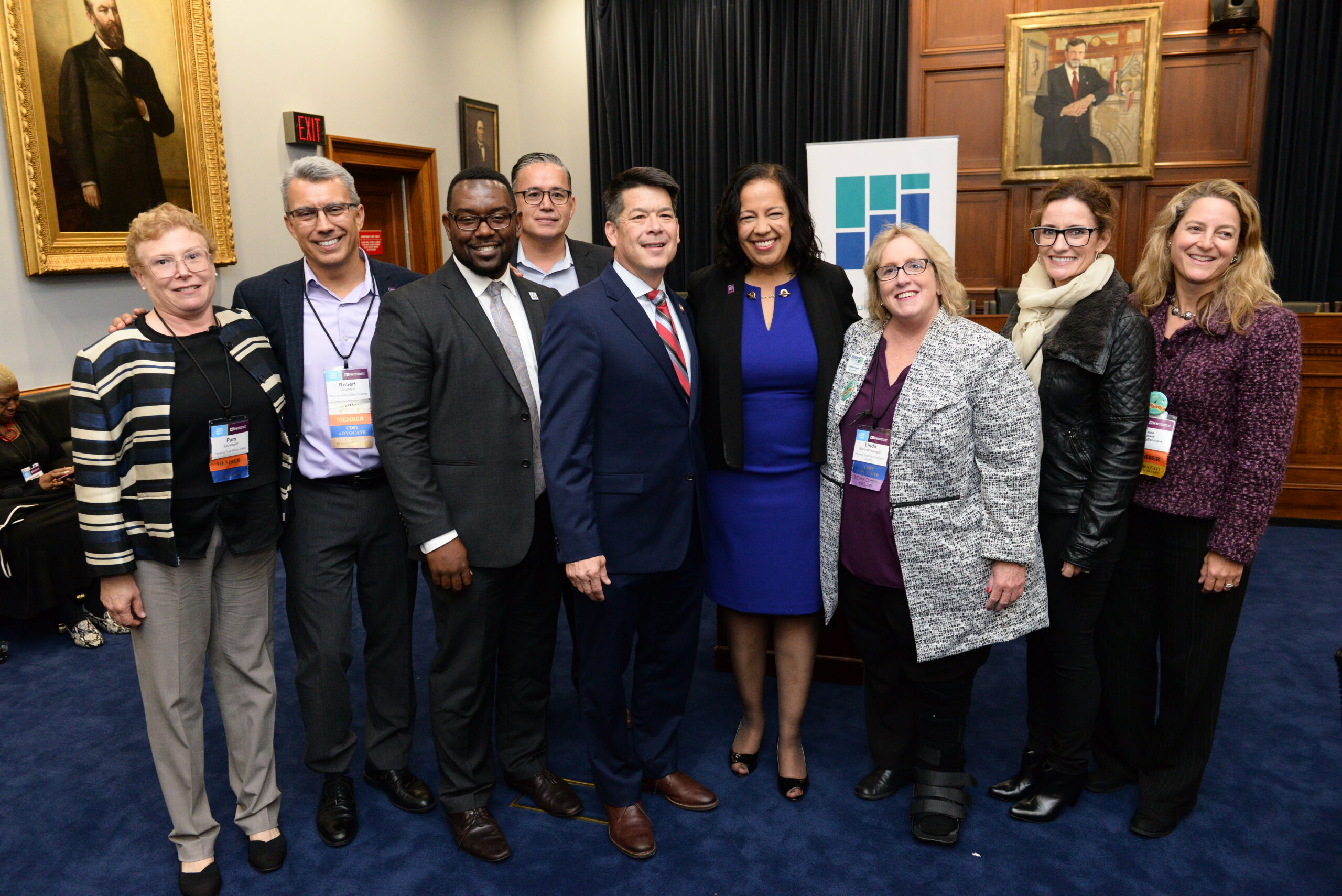