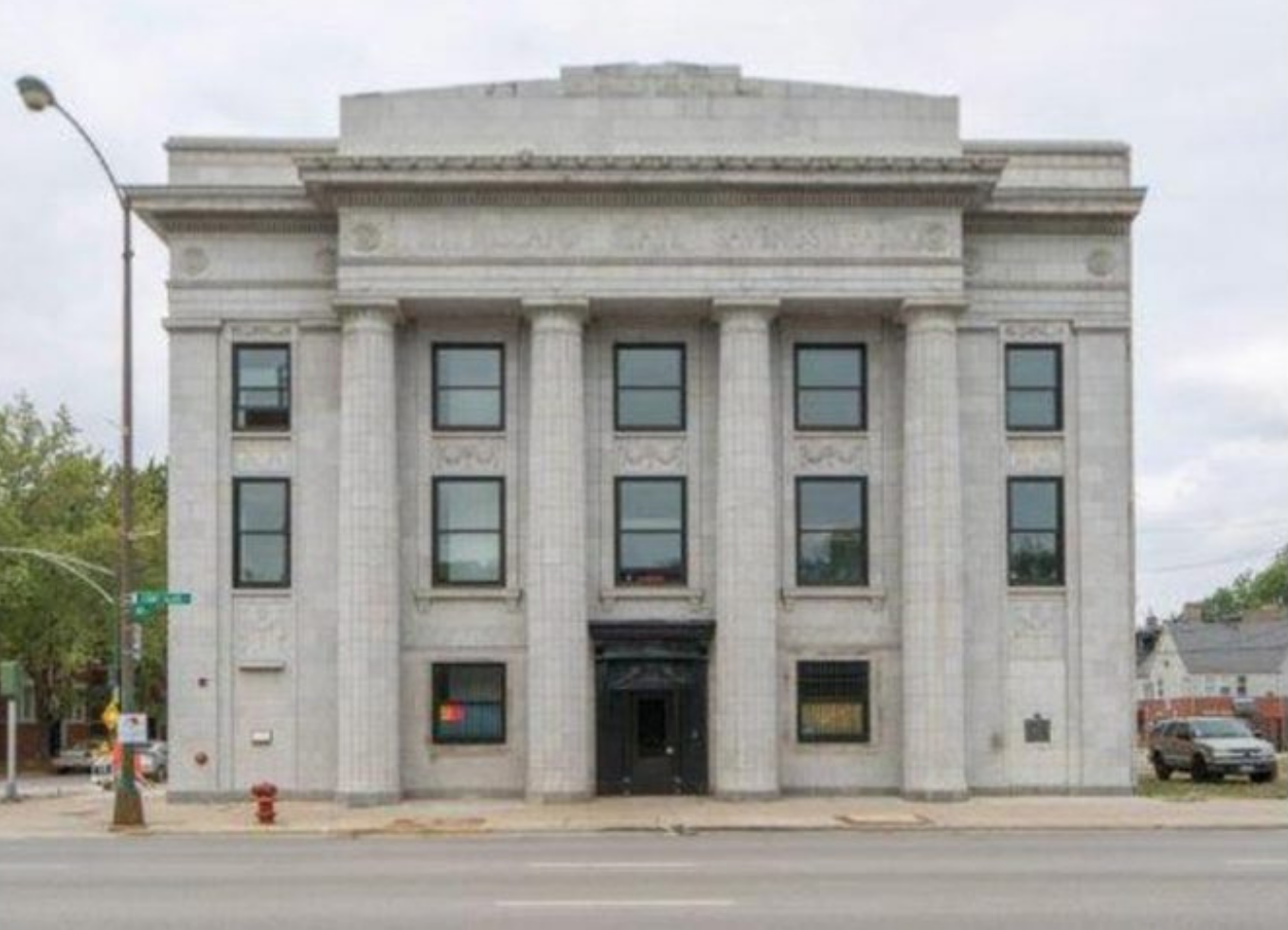 On a block in Chicago’s South Shore neighborhood, a beautiful old bank building stood vacant and dilapidated for more than 30 years. Then, in 2008, it captured the attention of Theaster Gates, a noted artist, scholar, and urban planner. Recognized globally for his vision and creativity, the Chicago-based Gates saw great potential for the three story 19,065 square foot, neo-classical structure, envisioning it as a vibrant cultural and community space.

But despite his tremendous drive and international reputation, Gates faced financing challenges for a major renovation project—there were no local funds to support it; the building had no value for bank financing; and the structure was in pretty bad physical shape. Then, he learned about Chicago Community Loan Fund (CCLF), a CDFI that provides flexible, affordable, and responsible financing and technical assistance for community stabilization and development efforts and initiatives that benefit low- to moderate-income neighborhoods, families, and individuals in Chicago.

A loan and planning assistance from CCLF gave Gates the support he needed to rehabilitate the 1923 building into a living, breathing 21st century cultural hub. Gates opened the Stony Island Arts Bank in October 2015, earning praise from Chicago Mayor Rahm Emanuel and the attention of local and national media. More importantly, the stunning site brings back to life a corner of the South Shore, making it into destination for neighborhood residents, as well as artists, thinkers, historians, curators, and more from far and wide.

“CCLF was willing to invest when banks that I had been doing business with for years would not,” Gates says.  “Working with people who are experts at non-conventional projects in seemingly low-yielding communities is important to my work. CCLF was generous with knowledge, curious about the project and great stewards of the loan’s progress.” CCLF, for its part, was thrilled to partner with Gates because his vision for the project will result in the social impact CCLF seeks with its financing.