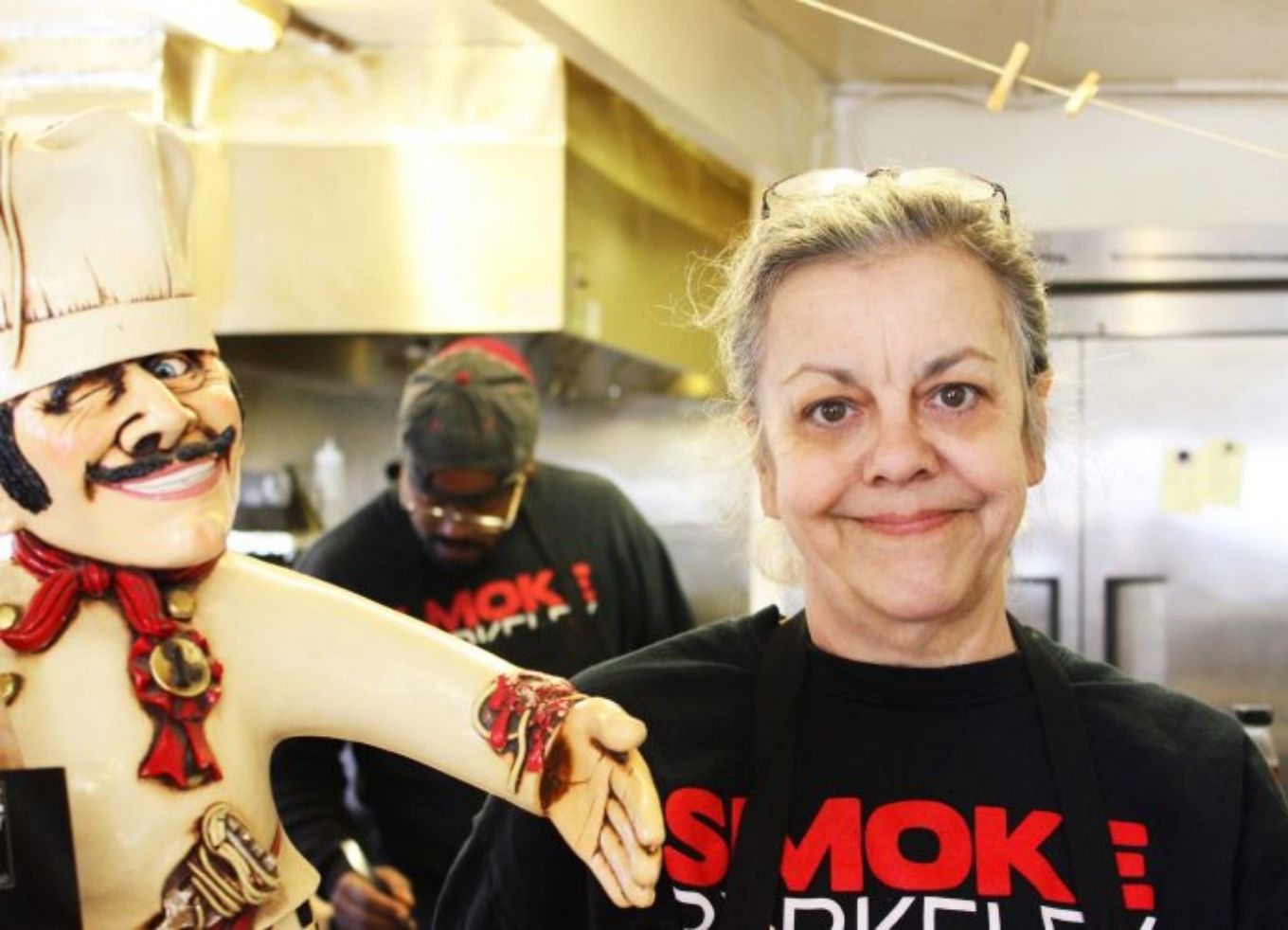 Long an apostle of Texas barbecue, Tina Ferguson-Riffe has brought her kitchen gospel to the Bay Area of California, where she owns and operates the popular Smoke Berkeley.

The down-home restaurant has an open-air quality that allows its unmistakable aromas to seep through the neighborhood, and Smoke Berkeley has drawn critical acclaim as well. Gourmet magazine rates it one of its “local-favorite” barbecue joints in America, praising it for “an eclectic assortment of smoke-infused dishes” that include beef brisket, salmon and pulled pork “dripping with flavor.”

These are remarkable accolades for a restaurant that was but a dream back in 2008, when Tina was laid off from her job as an executive chef. Finding herself in a predicament shared by 2.2 million U.S. citizens over the age of 55, she saw starting a business as one of her few options. So, in 2011, the first-time entrepreneur opened Smoke Berkeley on a shoestring. She said, looking back, “I started this business because I wanted a job and it’s hard to get work at my age.”

Today she says those loans provided her the lifeline she needed to keep her doors open.
She says, “Opportunity Fund helped me realize my dream when no one else would give me a chance.”