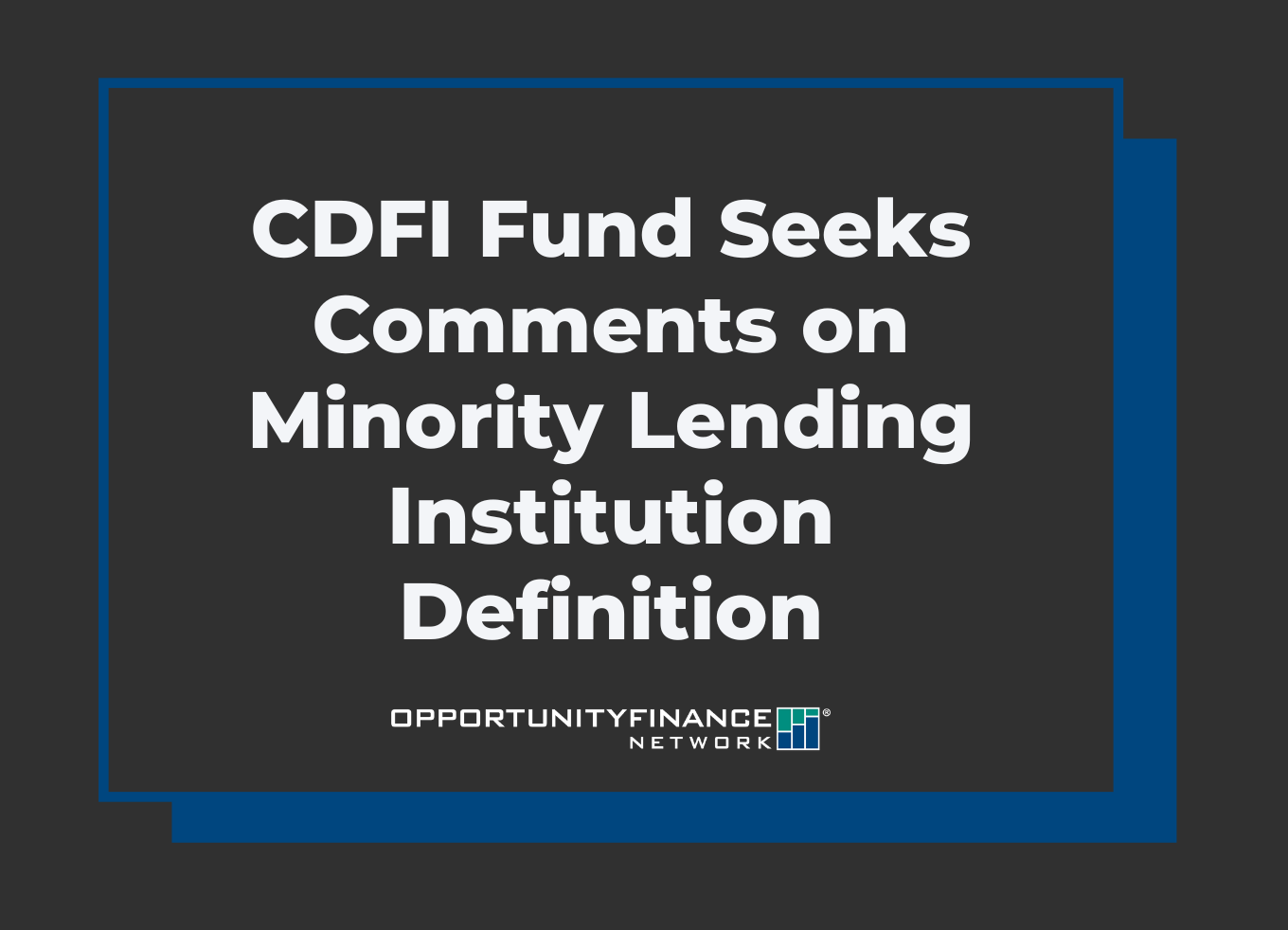 On July 28, the CDFI Fund issued a request for comment regarding the criteria to designate a certified Community Development Financial Institution (CDFI) as a Minority Lending Institution (MLI).

In the Consolidated Appropriations Act, 2021 Congress created the MLI term and defined it as a CDFI that directs a majority of its financial products to Minority populations or communities; and either is a Minority Depository Institution (MDI) or demonstrates accountability to Minority populations. There is not currently any federal funding tied to an MLI designation, but the CDFI Fund is moving forward to define the term and plans to use it for limited purposes, such as data collection and reporting.

The CDFI Fund is seeking feedback on the criteria and process the CDFI Fund will use to designate a CDFI as an MLI and any additional information that would be beneficial in establishing policies and procedures related to MLI designation.

The notice in the Federal Register includes several specific areas, including: