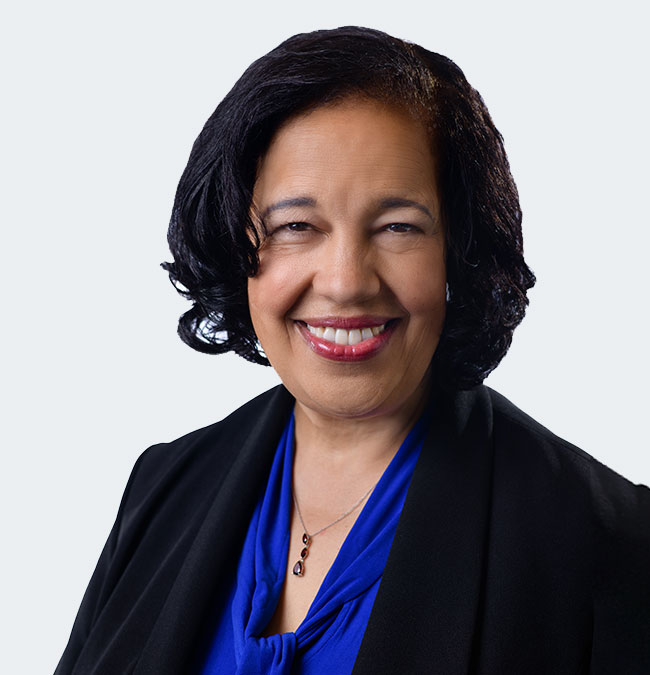 Since joining OFN in 2017, Mensah has brought new visibility and investment to the CDFI field, most recently helping to drive new capital to CDFIs during the COVID-19 crisis. In 2020, Google partnered with OFN to invest $180 million in corporate and philanthropic capital into CDFIs through OFN as the lending intermediary. The same year, OFN launched the Finance Justice Fund, which strives to raise a fresh $1 billion of socially responsible capital, with Twitter as the Fund’s first investor.

Prior to OFN, Mensah was confirmed by the U.S. Senate as Under Secretary of Agriculture for Rural Development in the Obama Administration. As Under Secretary, she managed a loan portfolio of $215 billion and directing annual investments of $30 billion in critical infrastructure for rural America. In this role, she developed new partnerships with private and philanthropic partners to drive more capital to persistently poor rural communities.

Before the USDA, Mensah was the founding Executive Director of the Initiative on Financial Security at The Aspen Institute. She began her career in commercial banking at Citibank then joined the Ford Foundation, where she was responsible for the country’s largest philanthropic grant and loan portfolio of investments in rural America.

Mensah is widely considered an expert on access to capital in low-wealth communities and frequently testifies before Congress on the subject. The media and others look to her as a voice of authority on the CDFI industry, finance’s role in social, economic, and racial justice, and the need for more equitable capital access across the U.S. Recently Forbes and Morning Joe recognized Mensah as one of five women safeguarding America’s small businesses during the pandemic. See her recent speaking engagements.

Mensah holds an M.A. from Johns Hopkins University School of Advanced International Studies and a B.A. from Harvard University. Born in Oregon, she is the daughter of an immigrant from Ghana and a former Iowa farm girl. She has two children and resides in Maryland with her husband.