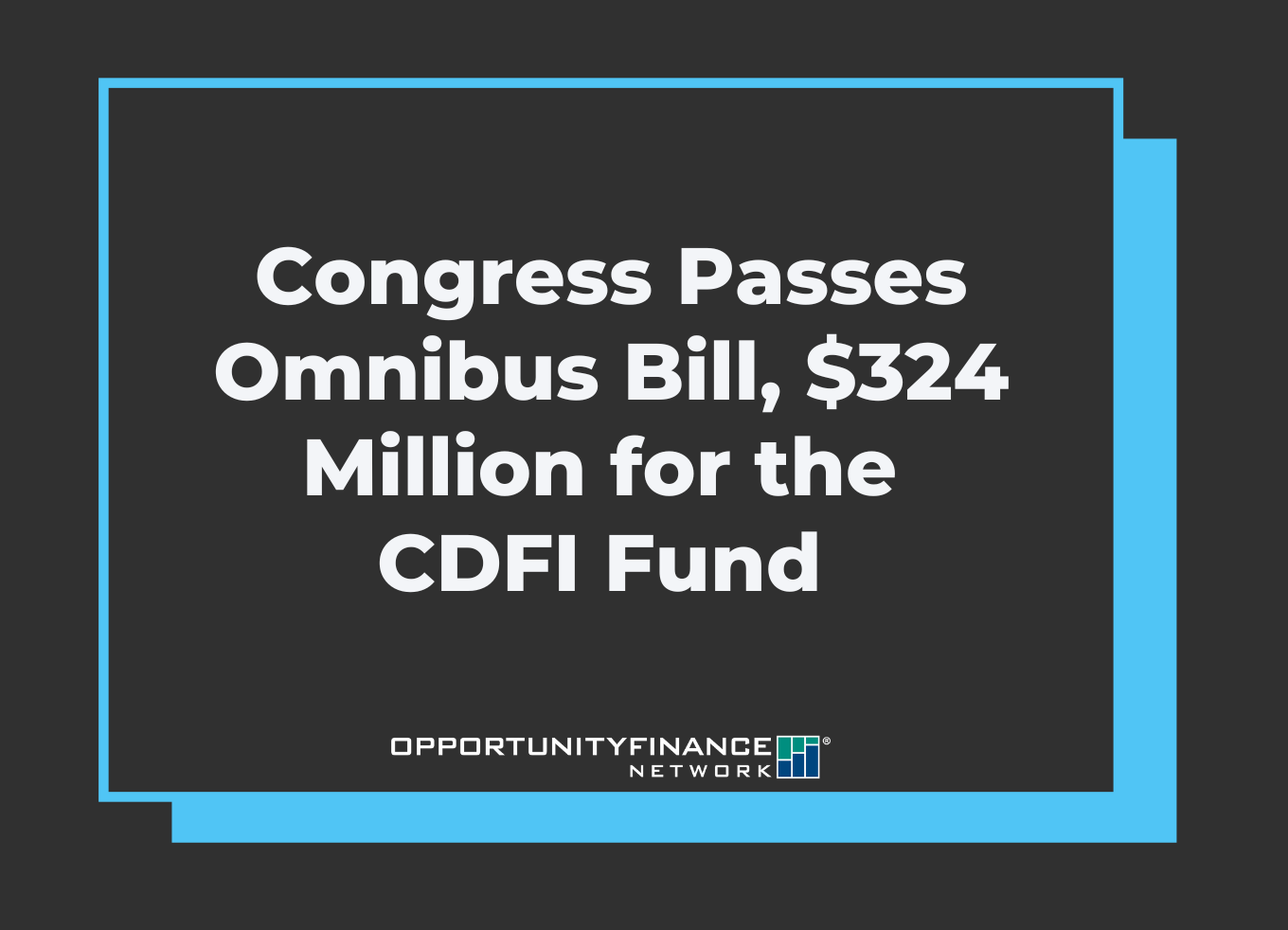 On December 29, 2022, President Biden signed the final fiscal year (FY) 2023 spending bill that had been passed by both chambers of Congress the previous week. The final bill provides $324 million for the CDFI Fund. This is an increase of $29 million over the previous fiscal year.

Although this is a significant increase in appropriations, it still falls short of both the President’s budget request of $331 million and the $1 billion needed by the CDFI industry.

The 118th Congress is expected to begin work on the FY 2024 appropriations process in the coming months. With Republicans now holding the majority in the House of Representatives and Democrats maintaining control of the Senate, there will likely be increased gridlock between the two chambers.

There is also likely to be a more restrained spending environment in the new Congress, with House Republicans looking to limit domestic spending increases and both chambers seeking to limit the impacts of inflation.

OFN will continue to advocate for at least $1 billion for the CDFI Fund in FY 2024 and work to build on the bipartisan support for the CDFI industry.