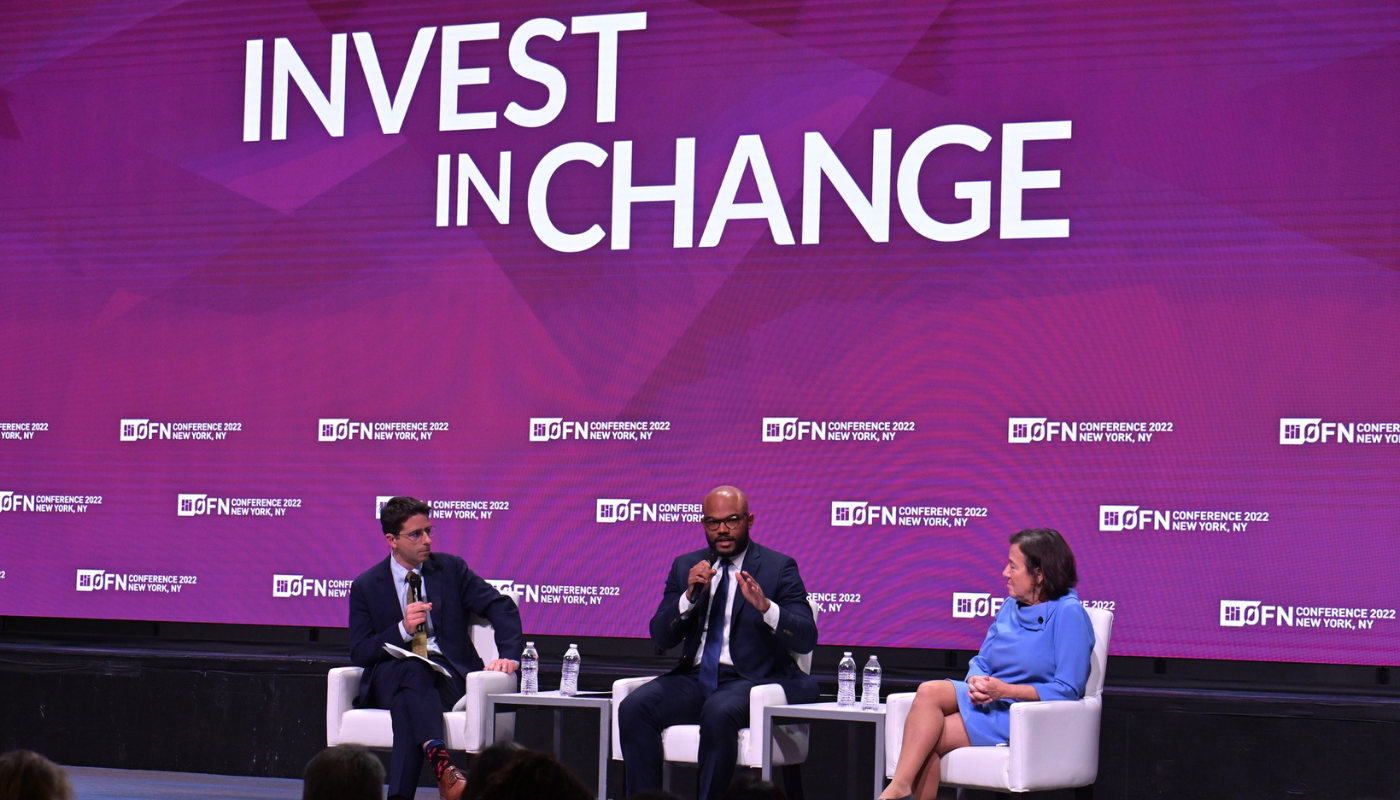 Key takeaways from a powerful conversation about green finance

CDFIs work at the intersection of environmental justice and social, economic, and racial justice. “Green finance,” defined by the UN as an alignment of financial flows to sustainable development priorities, is the CDFI industry’s key tool in the fight against climate change and for the low-income, low-wealth communities disproportionally impacted by its devastation.

At OFN’s 2022 Annual Conference, climate leaders took to the plenary stage. They explored the urgent need for green financing in underinvested communities and the role CDFIs can play leading the way.

Here are some takeaways and highlights.

Green Finance isn’t new to many CDFIs, but the urgency for industrywide expansion is.

Climate change is a social, economic, and racial justice issue.

There is tremendous overlap between communities CDFIs serve and those most impacted by climate change. Climate change hurts low-income, low-wealth communities the most, and these communities must be centered in climate action.

With Mindy’s experience as a federal regulator and now as a climate advisor to global businesses and investors, and Jahi’s experience in the public sector, the two then took a deep dive into bold government action, including several key initiatives of the Biden-Harris Administration: the Justice40 initiative, Inflation Reduction Act, and Greenhouse Gas Reduction Fund.

As community-based lenders, CDFIs are localized, specialized solutions to a global challenge that can bring green finance to low-income, low-wealth communities.

These are just a few highlights from this powerful conversation. Watch the entire plenary to hear more bold ideas and calls to actions for every sector — including CDFIs — around investing in the most urgent issue of our time: justice for the planet and people living on it.